Designer Handbags Are Flirting Deterrents – An Excuse To Treat Yourself Maybe? 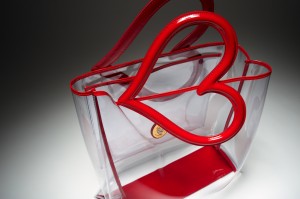 Don’t panic ladies, a designer handbag is not a flirting deterrent to guys, research has suggested that having a designer handbag can actually prevent other ladies flirting with your man. A study by The Carlson School of Management at the University of Minnesota found that if a woman spots another carrying an expensive designer handbag the assumption will be that she is in a committed relationship.

Even if the woman bought the designer arm candy herself with her hard-earned cash, it will still be assumed that her partner helped her to buy the luxury purchase. Therefore, the relationship must be a committed one and possibly that flirting with her man would be a fruitless exercise.

However, men couldn’t care less about the kind of handbag a woman carries.