…And It Isn’t Necessarily Your Flirting Either 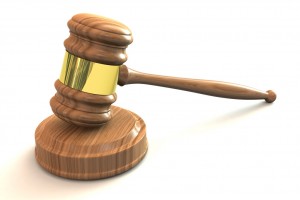 A bizarre flirting story has emerged from Iowa in the US this week concerning the sexual discrimination case of Melissa Newton, who was fired by her male boss James Knight. Knight was caught by his wife flirting with Melissa in the office and as a result she was fired.

This seems unfair to start with, but wait until you find out the reason Knight gave for firing her. He claimed he found he too sexually attractive not to be a distraction to his marriage…what a pig. However, in December of 2012 a court of all-male judges decided that boss Knight was not discriminating based on Melissa’s gender, but instead fired her because her found her irresistible.

Thankfully the Iowa Supreme Court has seen sense and will reconsider the case against Knight, because something has clearly went wrong somewhere. So guys, if you do decide to flirt in the office, or workplace, don’t get caught by your wife, or it could land you in all kinds of trouble.

Read the full story on The Frisky.