Do You Trust Flirty Women? 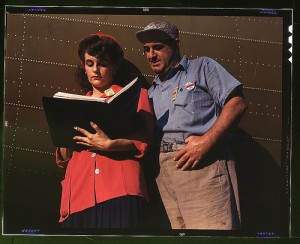 There are women in the workplace that will use their womanly ways to become more likeable to their male co-workers. However, women who flirt in the workplace can appear more manipulative and less trustworthy, according to a US study.

The US researchers set out to discover if flirting could be an asset in business negotiations. What they actually found was that it came at the bottom of a list of their 10 measured characteristics including honesty, friendliness and attractiveness.

In a follow-up study, videos of business negotiations featuring male and female actors were watched and evaluated – there were two different video scripts, one flirtatious and one straight. In the video where the actors were called to flirt, they were evaluated to be less genuine, although the actress was perceived to be more likeable. However, the same did to apply to men.

The two studies were carried out at the University of California, Berkeley – researcher Laura Kray found that there was “both an upside and downside to flirting at the bargaining table. Although flirtation appears to be positively related to women’s likability, negotiators who flirted were judged to be less authentic than those who refrained from exercising their sexual power.”