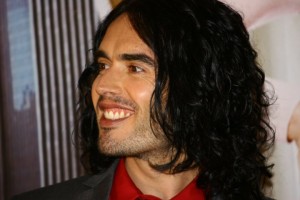 According to the ex-girlfriend of Swedish love machine, Sven-Goran Eriksson (he was England soccer manager for a while), Englishmen can’t flirt worth a damn. The stereotype that Englishmen are embarrassed and awkward around women they find attractive, has been confirmed by Nancy dell’Olio. The Italian lawyer claims that Englishmen are poor flirts because they are “frightened of feelings”, as well as being caused by their relationship with their mothers, which is a polite love rather than a passionate one.

On her arrival in England, on of the first thing Nancy noticed, was that English men were hopeless at flirting. She told The Spectator Magazine: “Foreigners sometimes imagine that the idea of an embarrassed anxious Englishman is just a joke, but my unfortunate encounters with British men have led me to understand that the stereotype is true.”

Nancy has even split English men to distinct flirting groups – there is the “eccentric charmer” who relies on alcohol for his slurring seduction, and the “bumbling inarticulate Hugh Grant sort”, who is somewhat terrified of women although with an endearing shyness. However, Nancy is warming up to Englishmen and their own brand of charm and subtlety.

So how can the Englishman and any other nervous flirts out there, get over their anxiety to engage in some cheeky banter with the person of their dreams…

So all you ‘Hugh Grant types’ head out into the world and get flirting.

For more flirting wisdom and a few laughs too, visit our official Facebook Page.